Move The ADALB To MA Department of Professional Licensure

The other reality is in more cases than not, Insurers dictate to their licensed appraisers what they should be doing.

The licensed appraiser has got to protect his license and follow the rules and regulations under which his license was issued. And the ADALB has refused to do that they don’t hold anybody accountable for anything.

True and and again, a lot of that deals with the way that the board is made up and their inability to investigate complaints.

Again, a reason to have this moved to the Department of Professional Licensure which has an investigatory arm. They gather the facts and then make a recommendation to the board and the board can then ask questions of the person whom the complaint is against, verify all the facts, and go forward.

Right now the Auto Damage Appraisers Licensing Board does not follow through with that and is not living up to its expectations to be a Consumer Protection Board, while governing the licenses that we all get under 211 CMR and 212 CMR

So the question is, what can we do? How should we approach this? How do we get legislation changed to benefit the consumer in this scenario?

Well as Collision Repairers, primarily, the best thing we can do, is to help educate those people who will be making the ultimate decision, basically, our Legislators, our Senators and our Representatives.

And we’ve already implemented a plan, We need for body shops to contact their legislator, invite them for face to face meetings in their shop, so they can experience and see what it is that we deal with on a daily basis so that we can point to a vehicle rather than just talk arbitrarily about the ADAS systems,

We’ll be able to point out and point to them what is going on, and why is it critical that certain procedures be followed, Which the regulations address,

The regulations are very specific and appraiser must write all the procedures Required to restore a vehicle to pre loss condition, NOT what their insurance company tells them to do.

They HAVE to, that’s their obligation whether they’re working for the repair facility or an insurance company.

That’s their obligation to PROTECT the consumer to make sure that vehicle when repaired is going to operate as it is intended.

By you inviting your legislator into the shop you’re creating a rapport with them, and they’re gaining to see first hand a vehicle in the repair process.

Because to them, it’s just an arbitrary process until they can see what it is that you have to do.

Extend the invitation. Get to know your legislator. Educate them as to why it’s important that 182 be released from Ways and Means

And that’s the request we are asking when the Senators are in the shops, we’re asking that they contact Ways and Means have Senate Bill 182 released favorably to the Senate so that it can be discussed, debated and voted upon

If you want to affect change here are the things you should do.

We’ve got to stop doing nothing.

If you believe in what you do, and believe in the rights of your customers and consumer protection

And those Senators that have come to our facilities, and met with us are very much appreciative and they’ve told us time and time again That this is exactly the course of action we should be following.

The response to date from Senators who have attended meetings at body shops has been overwhelmingly positive, but we have to have more people participate Absolutely, overwhelmingly supportive of us and also giving us suggestions as to how to do it better.

And that’s what we need. We need to be able to reach all 40 Senators and as many Representatives as possible.

It’s not an insurmountable task. It goes very quickly. They’re very receptive. It’s a it’s a very casual discussion There’s nothing formal about it.

So an important factor of this is the fact That speaking with our Senators and Representatives and them understanding the issues that we’re facing,

Letters have been sent to the commissioner, Commissioner Anderson with no response based on the COVID and ADALB issues

We’ve also had no response from the executive branch of the government, the Governor, the executive, the Lieutenant Governor, Nor the Attorney General’s office

By enlisting the aid of our Legislators, the Senators and Representatives, we can apply pressure there as well and draw more attention to the issues that we’re facing

So where is the opposition coming from?

Governor Baker knows that this is a consumer protection issue, and also protects the state from antitrust issues

So why is there opposition coming from the insurance industry?

That’s exactly the question that was asked in a letter That was sent to the commission to Commissioner Anderson on September 1, 2020 Asking: “Is he in opposition to this bill?”

And if so, could we please initiate a conversation.

And we’ve yet to hear anything.

The lack of response is deafening. It is, most definitely 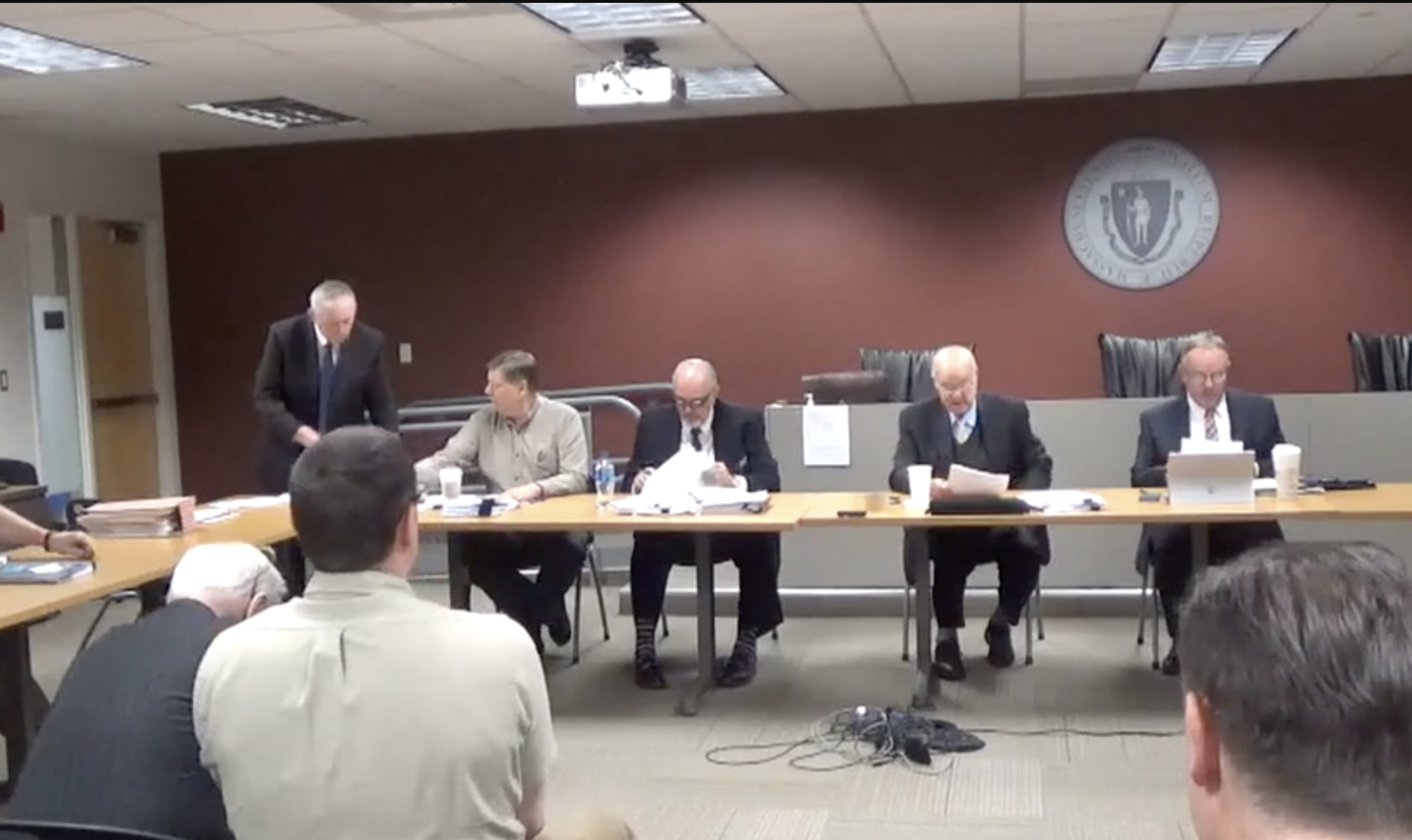